The Drew Brees Foundation, which is usually referred to as the Brees Dream Foundation, is named after a popular NFL player who was instrumental in winning the 2010 Super Bowl for the New Orleans Saints. Prior to joining the Saints, Brees played for the San Diego Chargers. He also attended Purdue University in Indiana. The areas where Brees has lived and played tend to be the geographic focuses of the foundation's projects. The two main types of projects the foundation funds are those that relate to cancer prevention and treatment and those that help underprivileged youth achieve their potential, both on the field and in school.

History of the Drew Brees Foundation

Drew Brees started his charity in 2003 with Brittany, his wife. It is common for NFL players to create such an organization as a way to give back since they have received so much. As of May 2010, the Breeses have given over $4.5 million to various organizations and causes, including academic institutions, in the name of the Foundation. As a result of his charitable efforts, Brees has received several philanthropic awards, including the Horizon Award for Excellence in Community Service, the Laoic Don Newcombe Award and the Arthur Arkush Humanitarian of the Year Award.

What the Foundation Does

Some specific projects the Foundation has funded in recent years include: 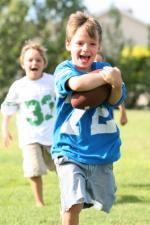 The foundation holds several fundraising events throughout the year, including a golf event that is televised on NFL Network, a football themed challenge that somewhat mimics the combine, a cocktail dinner and a cruise. Proceeds from these events, as well as some additional publicity appearances by Drew Brees, go toward furthering the mission of the organization.

Donating to the Foundation

If you'd like to contact a foundation representative, either about volunteering or just to find out more information about its work, the easiest way to do so is to fill out the contact form on the Foundation's official website. It's in the top right corner of the screen. You can also sign to be on the mailing list which will keep you informed of upcoming events.

Another way to support the foundation is by purchasing items in the Pro Shop, which sells merchandise related to Drew Brees and the NFL. Check the Pro Shop tab on the foundation's homepage as the inventory changes on a regular basis. It's a great way to get some new apparel and help out a good cause at the same time.