Who Founded The Salvation Army?

The Salvation Army was founded in 1865 by William and Catherine Booth, an English minister and his wife. William Booth left the pulpit in London to become a minister to those he felt needed to hear words of love and salvation most, including the very poor as well as criminals, drunks, etc. He preached in the streets of London in an effort to reach members of this population in London, as many did not attend - and likely would not have been welcome at - traditional church services. Other members of the clergy didn't agree with his approach, leading William and Catherine to leave London for a while to train evangelists throughout the country.

Early History of The Salvation Army

In the beginning, programs focused on providing food, like soup kitchens, and lodging for those in need. Booth and his wife took the word of Christ to the streets and preached to those who would listen. Eventually many of these listeners converted to Christianity and helped spread the word through the streets too as volunteers.

Original Christian Mission member Eliza Shirley left England to join her family in the U.S., where she established a presence for the organization. She held the first American Salvation Army meeting in Philadelphia in 1879. After her grassroots effort to support the group's mission in the U.S. proved successful, Booth sent an official group from the parent organization to the U.S. in 1880. From that point, the group began to expand into additional countries, laying the foundation for what became The Salvation Army's worldwide and enduring impact.

As the work of the Salvation Army picked up steam, their work spread rapidly around the world. As you can see, the organization strategically began work in specific areas after major periods of distress.

The group's expansion continues to this day. The Salvation Army now has a presence in more than 125 countries.

The Salvation Army's programs center on equal treatment for all, especially the disadvantaged. Staple programs include help for children, women, and the poor. 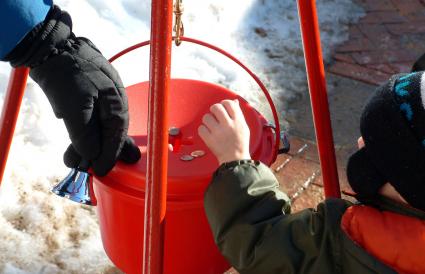 Many additional services and sub-ministries have come out of this Christian organization, including, but not limited to, the first food bank, first nursery for disadvantaged families, and the first missionary hospital. Their military services also led to the start of the USO. New programs are continually forming with prayer and compassion.

The Salvation Army is credited with many accomplishments and developments in the areas of health and human services. 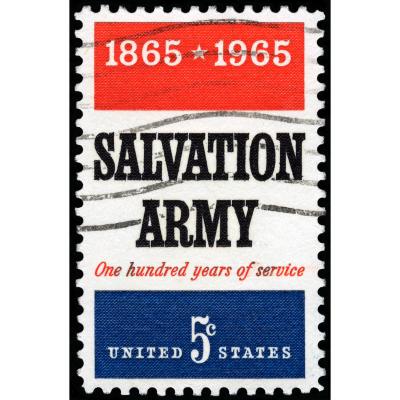 These are just a few of the many milestones reached by the Salvation Army throughout its long history as a faith-based charitable organization.

Since its inception, The Salvation Army has held true to its motto of "doing the most good" for those most in need. Armed with a Christian mission and loyal volunteers looking to help others, this organization is thriving more than 150 years later. The group truly is an army of volunteers, helping people in need and spreading Christian values worldwide. In the United States alone, the group operates around 8,000 locations, has in excess of three million volunteers, and provides services to approximately 30 million individuals each year.