The Michael J. Fox Foundation for Parkinson's Research is a unique organization in both its mission and its structure. Learn more about the Foundation's efforts in this exclusive LoveToKnow interview with the Foundation's CEO Katie Hood.

Interview With Katie Hood of the Michael J. Fox Foundation

Can you give us a brief history of the Foundation?

What role does Michael J. Fox play in the Foundation?

Michael is very involved in the Foundation. He and his wife are both members of the Board of Directors and Michael is the spokesperson for the Foundation. He works behind the scenes as well and uses his instinct and gut sense to guide strategy and focus. He has hired many capable people to run the Foundation and has faith in their abilities to strive for a best in class organization.

What are the different ways for people to get involved?

People can do a combination of donating money and themselves. Donations can be made online on the Foundation's website, through the mail and over the phone. A great way to get involved personally is to join Team Fox. Team Fox is a group of people who want to contribute to Parkinson's research by organizing their own events and donating the money raised. Some examples of events being done are golf tournaments, garage sales and running marathons. This year, we had Team Fox runners in marathons in 50 cities around the world.

What type of grants does the Foundation award?

The Foundation has funded around $40 million in new grants this year alone. The Foundation's Pipeline Programs fund projects that focus on accelerating promising new discoveries through the drug development pipeline. Because the Foundation believes that it is important to not only have academic research but to also have companies involved, the Pipeline Programs include the Therapeutic Development Initiative, a grant program that gives funds to industries for preclinical therapeutic development. Additionally, Critical Challenges in Parkinson's Disease programs provide funds for top Foundation research priorities. 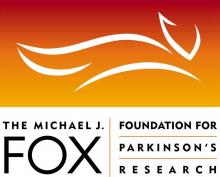 What special events are held by the Foundation?

Can you tell us what has been the Foundation's biggest success?

The biggest success is the progress being made in the field. The Foundation has helped drive progress on over 100 therapeutic targets, some of which have progressed to clinical trials. The Foundation has also supported the development of critical research tools, such as biomarkers that can measure the progression of Parkinson's. This is important in the development of treatments to slow down or stop the disease from progressing, which are currently not available.

Who are the biggest supporters of the Michael J. Fox Foundation?

There are 44,000 individual supporters of the Foundation. The biggest support comes from our Board of Directors. We also receive support from many large foundations such as the Brin Foundation. We are deeply appreciative of all of the support we receive from everyone who is helping us make Parkinson's disease a thing of the past.

It is important to realize that in order for a charity to be successful there needs to be collaboration of many people. The efforts made by a group have the biggest impact overall. So in addition to our focus on research, we also help bring together academics, clinicians and industry experts - people who might not otherwise collaborate. It is important to stand behind your beliefs and to think differently. People need to define a goal and accomplish it. It is all about taking risks in what you believe in.

LoveToKnow would like to thank Katie Hood for her interview and giving us insight on the work being done by the Foundation. We wish both her and the Michael J. Fox Foundation continued success in finding a cure for Parkinson's.